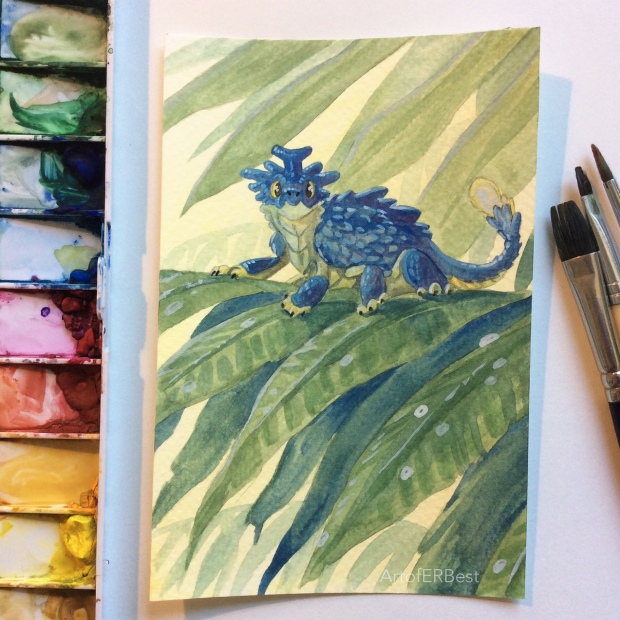 Please be careful when you spray your veggies – more than bugs may wander the mulch and leaves. These tiny dragons, typically akin to a dormouse in size, are rare sights indeed, often hiding from passing folk.

The largest beetle dragon grows to about the size of an human adult’s hand, and is covered in the most wonderful scales. The smallest is nearer in scale to a honeybee, and black as midnight. Being carnivores, they have no interest in your vegetables and will merrily devour their way through the bugs that plague your garden.

They’re considered closer to true dragons than drakes are, on account of the six limbs, even though they lack wings. But how and why they became so small is still a mystery to natural scientists.