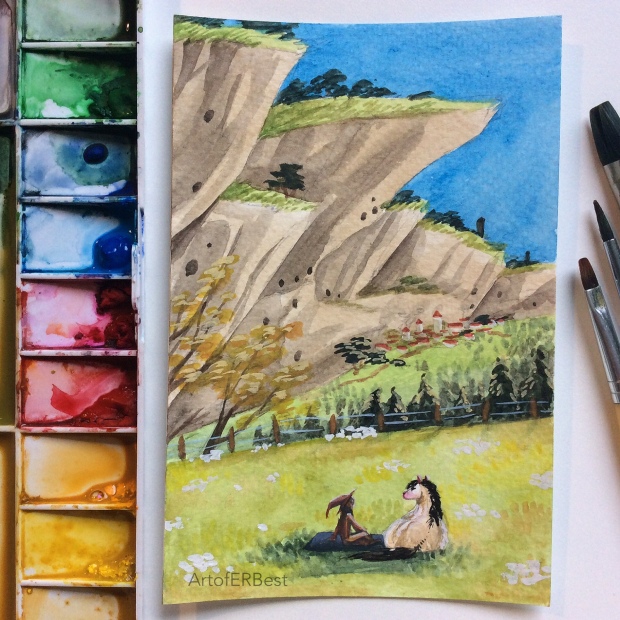 Where stone battles stone, deep underground, the world above can grow. The rock will arch in great ridges like the back of an ancient dragon, or lava will creep its way through cracks in the earth, breathing fire high into the air with each ashen cough.

But here… something else happened here. The high arching cliffs of the southern uplands have baffled travellers for centuries. Old roads show that the lands were once connected, but a great and sudden force sent a portion skyward, or the other deep below, or perhaps a bit of both. Ruins linger in less-travelled parts, while old signs, milestones, statues and more can be found across both plains. The two were once one, and not so long ago that time has buried all trace of it, but for whatever reason, history does not recall it.

It must have been a mighty moment, whatever it was.