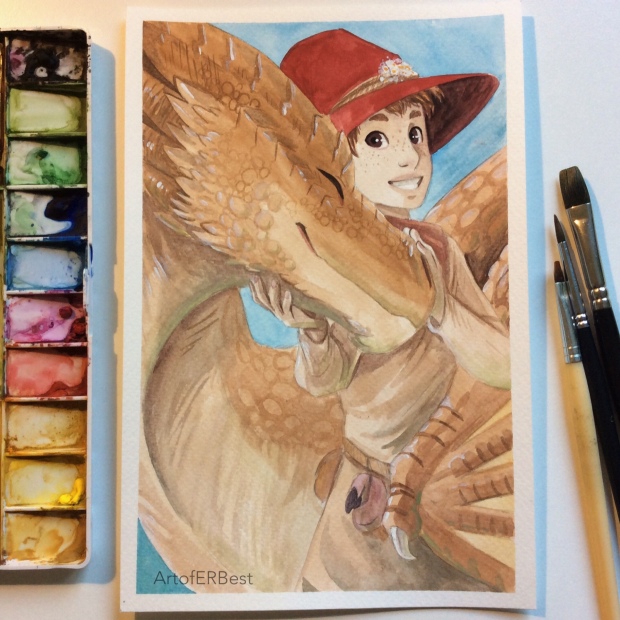 We met later than most do. Louie was an apprentice baker, hidden away in the back of the bakery, always knowing something else was calling him away. Like many folks from small towns, his humble reality kept him chained to routine and safety. He had no idea of his own skill and magic.

I, however, hunted. Something drove me, pushing me far to the south as soon as I was old enough to pass over the mountains. I tried before, as a youngster, but the winds fought hard until I retreated.

But past the mountains, in the world of men and dwarves, pukas and Selkies, I came to understand myself. I had to find my part in this world, and that part was Louie.

Finding him was hard. It took years. I passed his town multiple times, circling around the area, never quite knowing why. And then I saw him, sitting alone on the wall at the back of the bakery, covered in flour. My Louie. My very own.

I frightened the life out of him, of course, as I descended from the dazzling sky with my teeth exposed in a gleeful grin. He near backflipped off that wall and into the flour sacks. Ahh, precious memories.