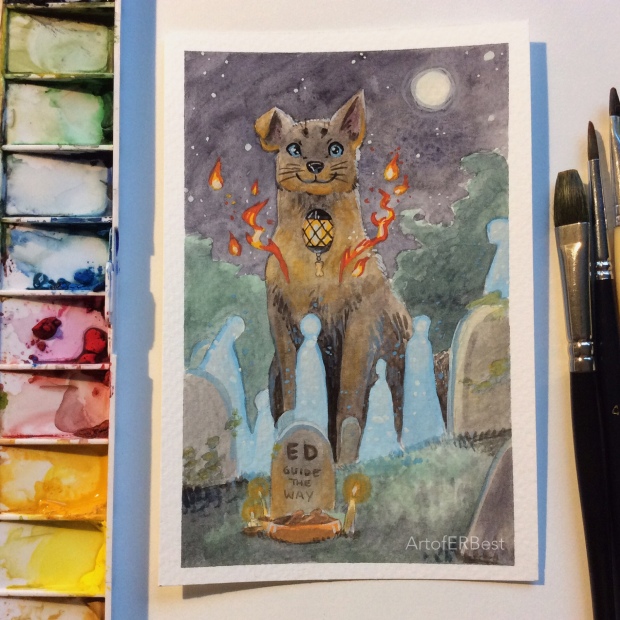 It’s said that the first to rest in a new graveyard will remain there in spirit, guiding those buried later to the afterlife. Our good boy Ed passed on as our local graveyard was being completed. After a life in the sun herding sheep, chasing down children lost in the hills, and training several apprentice pooches, we knew he’d enjoy leading the spirits to and from the next world. He brings them back too, sometimes, to visit families in need.

Some nights we catch glimpses of him in the moonlight. He grows, it seems, and his guiding lights grow brighter. We’re not sure why, but we think it’s a good thing.

Trapped? No, he’s not trapped. There are enough spirits there now that he can go whenever he likes. But he’s still there, eleven years on, eager and goofy as he always was.