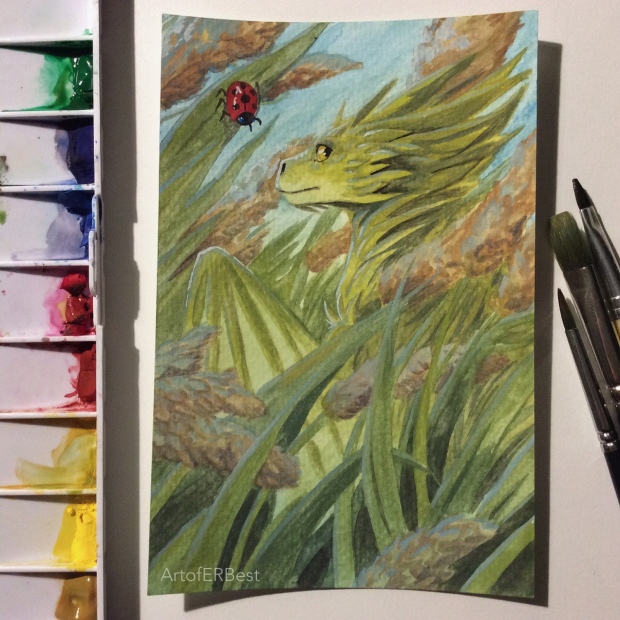 “I swear I saw one,” a young voice protested from a few meters away. “I did, I saw one, a tiny dragon!”

The dragon tilted his tiny head, listening. He waited in the shadows of the grass, wondering if another wave of insistence would follow, but the girl remained silent, staring into the foliage where, only a few seconds earlier, dragon and girl had briefly met. She sighed, her brows falling heavily over her eyes as a stormy mood grew. She shot the man a dark look – likely a cousin or older brother, the dragon felt. When the man took her hand and dragged her away, her eyes kept looking back into the grass, hungry for another glimpse.

The dragon knew her. He’d seen her before, several times, as she roamed the fields hunting for bugs and wildflowers.

The cottages, by the railway tracks, that’s where she lived, wasn’t it? Maybe… The little dragon stopped, stood upright on his hind legs and looked through the swaying grass.

Yes, perhaps he’d let her have another glimpse.